April is the month we visit Grammy on Anna Maria island in Florida. She lives in a sweet little house, one of the originals on the island, now surrounded by large 3-story condos. I feel like we’re in that story, The Little House, by Virginia Lee Burton, about the tiny house that stayed put and a big city was built right around it. This cottage is the epitome of “If it ain’t broke, don’t trash it.” It survives, a cottage-in-the-rough amidst million dollar resort-style rentals, hotels, and Grammy keeps it tidy, functional, and full of simple beachside reuses. 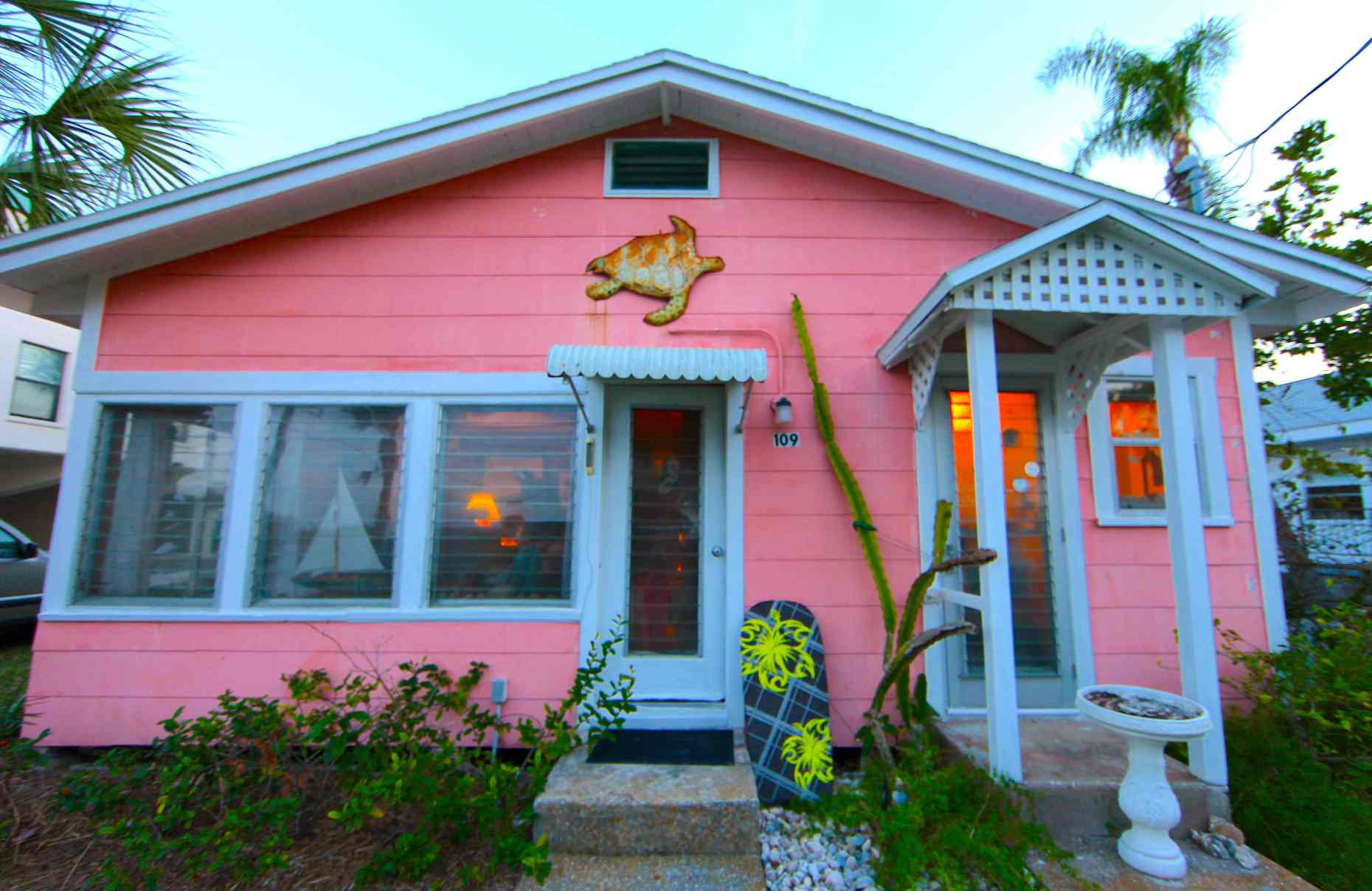 A low coffee table by the phone holds phone books (Grammy doesn’t use the internet — actually the table doesn’t hold phone books, but a sagging box does just under the coffee table.) But the floor isn’t level so the table wiggles when items are placed on it. Solution? Grammy placed shells under the legs of the table, just like carpenter’s shims, to shore up the legs and prevent any movement. 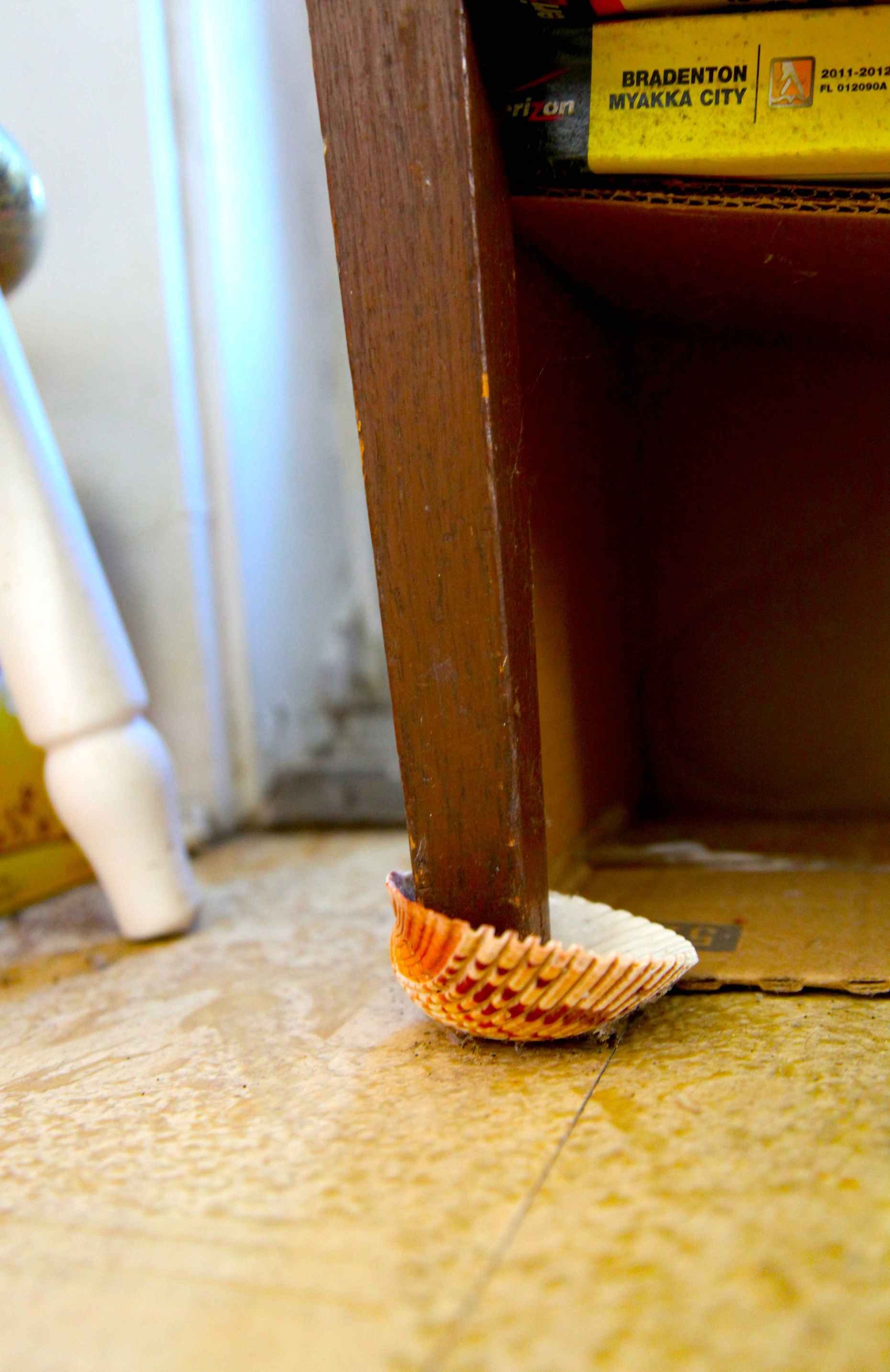 A plastic soda bottle fish adorns her antique fishnet on the sunroom wall. This fish, spray painted pink on the inside, was simply cut so fins and a tail were articulated, a glue gun was used to seal the fins and tail, and glitter glue was used to create the effect of gills. Done! A cute sparkly pink fish for her household decorations. 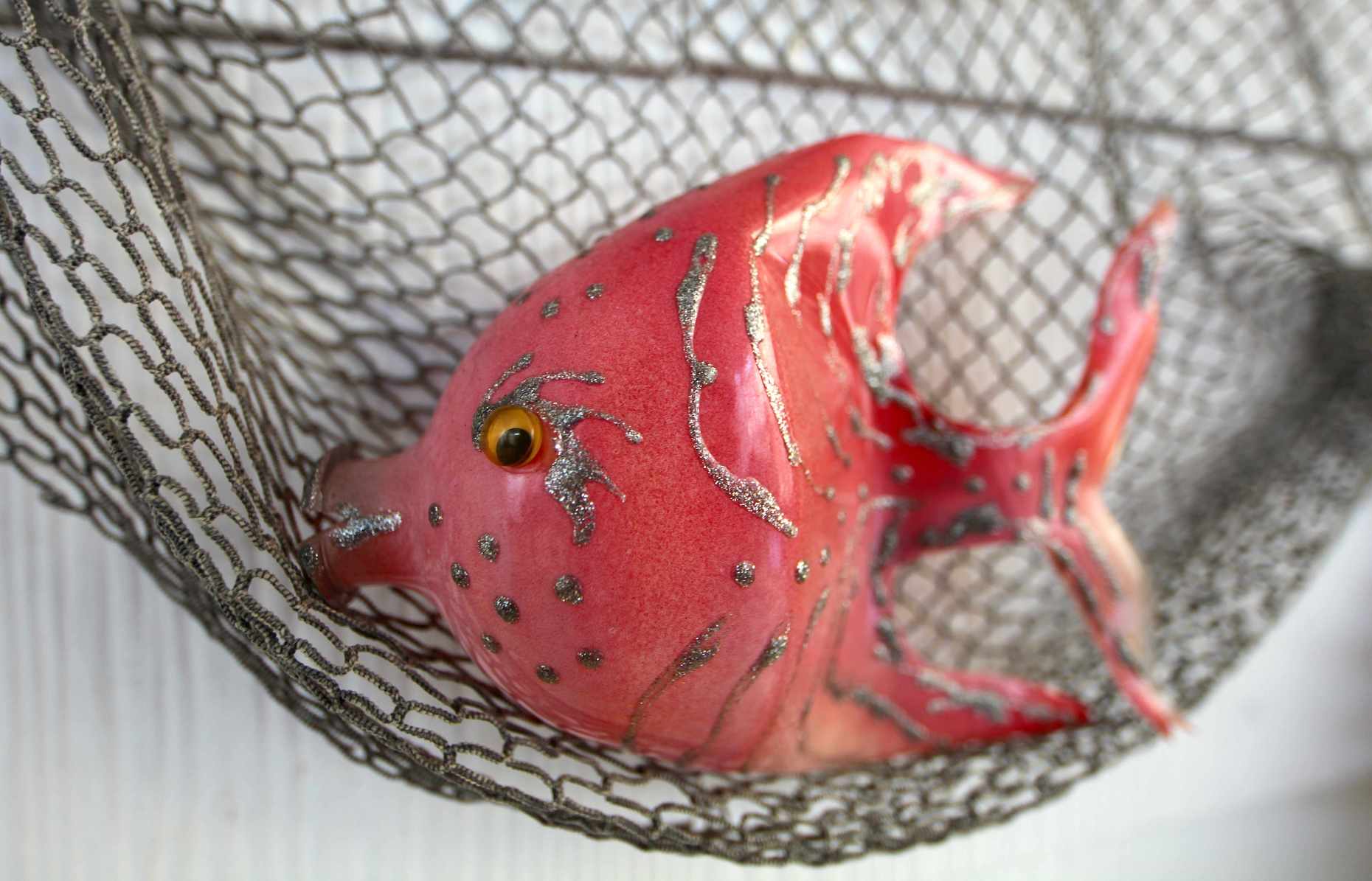 An ancient palm tree was cut down on the property years ago. Today the stump is used as a planter for succulents and cacti. 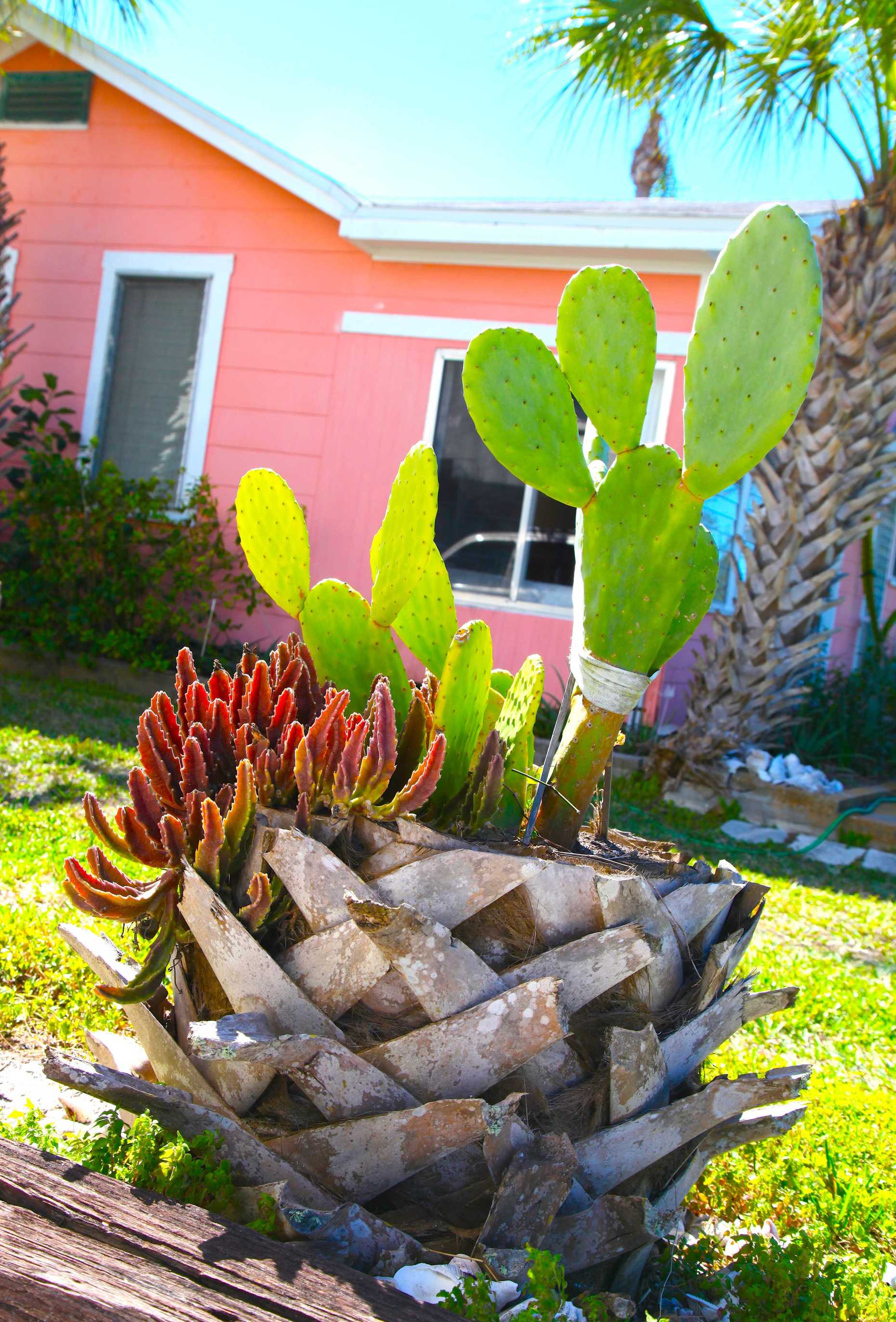 Shells hung along the wall of Grammy’s potting shed add texture and bright Florida light to any day. These would make interesting downspouts on a gutter.

And geraniums in a tree trunk that frames nearby boats inspires the gardeners in us all! 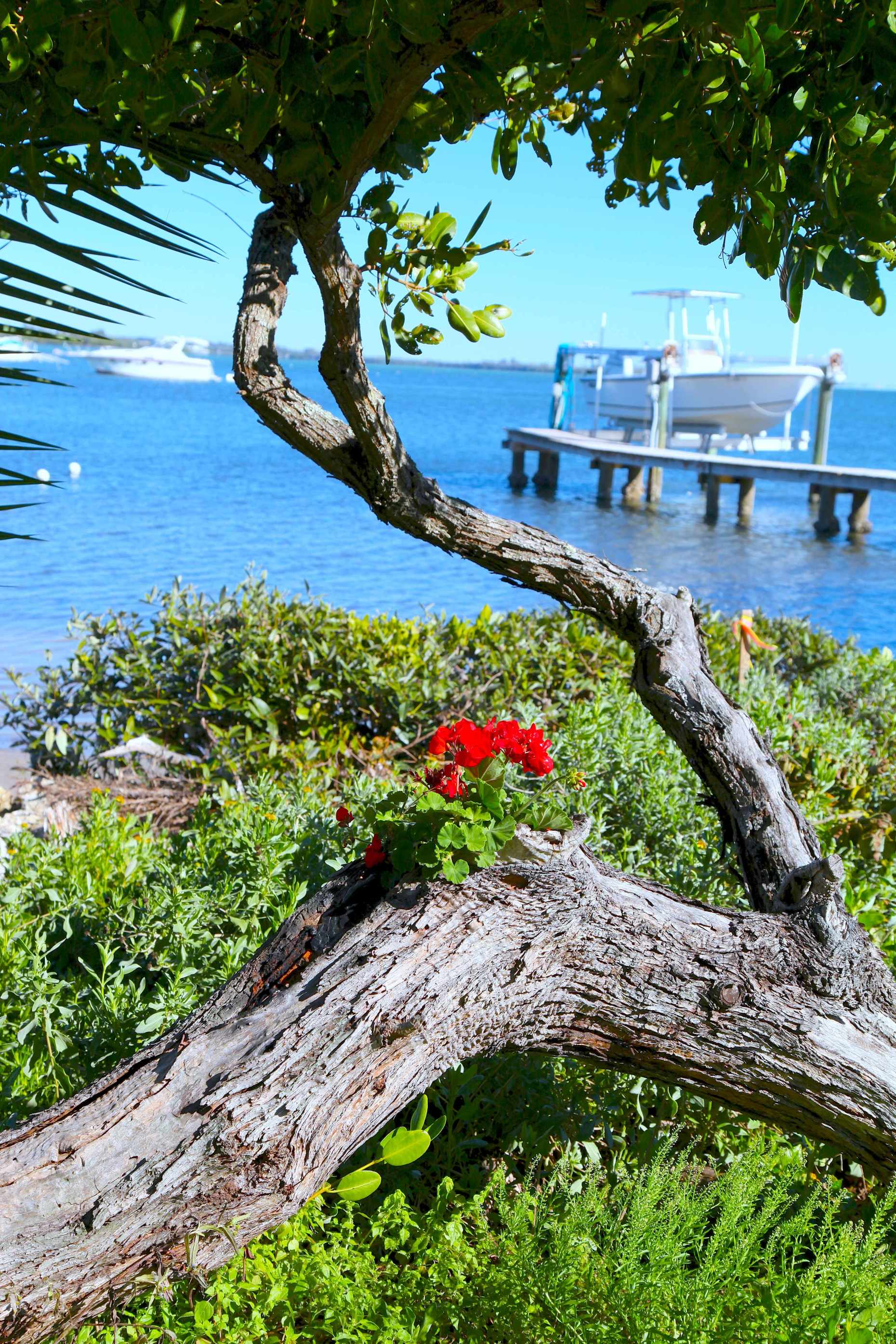 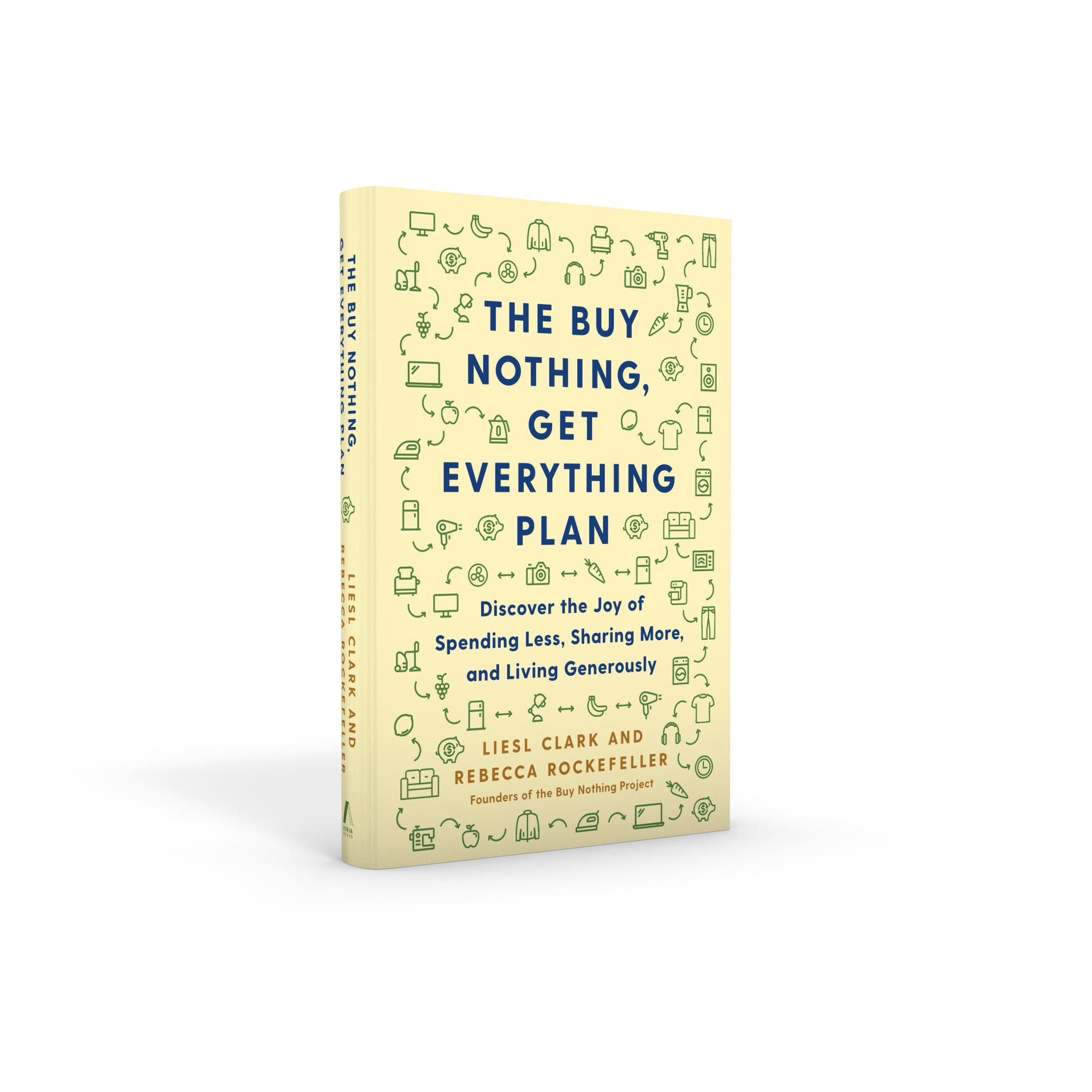