It was less than a week after the April 25th, 2015 magnitude 7.8 earthquake hit Nepal that we came to realize little-to-no relief had reached villages beyond Kathmandu. Roads were dangerous; But even worse, as time progressed, supplies for temporary shelter for the over 2 million now homeless had dried up. Tents and tarps were sold out in Kathmandu. Foreign governments and aid organizations were being shut down at the airport, their incoming supplies requisitioned by Nepal customs, and much-needed food, tents, tarps, blankets, and medical supplies were sitting on the runway, tied up in a confounding wad of red tape.

Our friends in Nepal were frantic, texting us asking for any means to get materials over to the remote villages. Aid organizations trucking supplies to villages were stopped along the roads by desperate, angry, and hungry people who lived right along the road who also had seen no relief. Supplies were ripped from trucks and middlemen sold them at high prices to anyone who would pay. These were the stories coming out of Nepal. 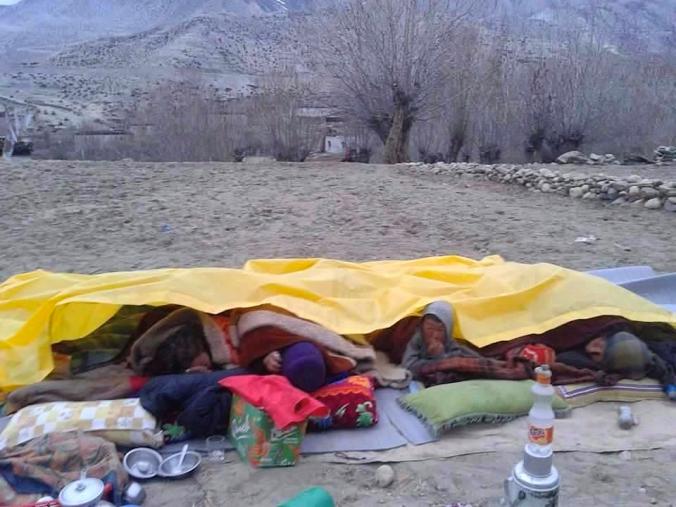 Our friends in the Mustang village of Ghiling had no housing. They were surviving below-freezing temperatures living under a tarp as their homes were destroyed.

My mountaineering/photographer friend, Jake Norton, and I immediately set up a Facebook group with a few more friends who could brainstorm together to come up with a solution. We all had experience in Nepal or with disaster relief and we had a unique idea we wanted to test: Could we start a person-to-person underground railroad to bring relief to the blank spots on the media map, the forgotten corners of Nepal where people were in trouble, circumventing customs altogether? Through each of our own personal friendships and connections, we created a network of travelers to Nepal who could carry duffels as excess baggage with them on airlines. As tourists entering the country, they whisked right through customs and our friends, Nepali mountaineers, kayakers, and guides, could then get the supplies and health care up to far flung villages. They were local, knew the terrain well, and could take on any conditions or logistics thrown their way. The idea was bold, would involve a worldwide network, the complicity of some airlines, and some social media hacks to pull it off. Through the help of The Buy Nothing Project, we immediately set to work in the major cities where we have thriving local gift economies. Seattle was our first test: Shelley Schwinn, the project’s coordinating admin, posted to some 500 groups in greater Seattle and through friends who own the Nepali clothing company, Sherpa Adventure Gear, we sent off 22 duffels in a private shipping container they were able to put on Northwest Airlines just as they would a regular clothing shipment to Nepal. 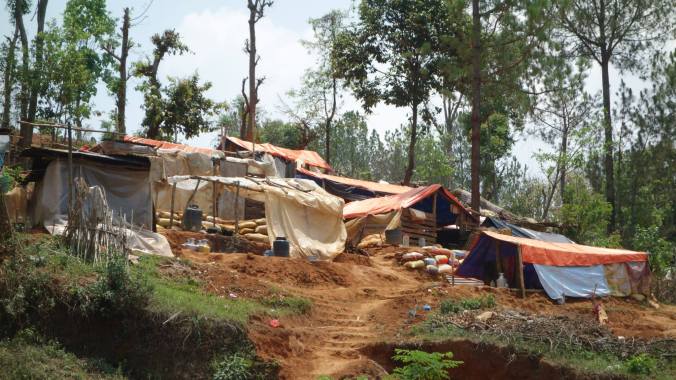 We then got word out through The Buy Nothing Project and our own social networks in all major cities that we were looking for anyone headed to Nepal, to add a few additional pieces to their luggage. We would take care of the airlines side of the equation, petitioning excess baggage departments and receiving waivers from them for humanitarian relief. United Airlines and Etihad were our most supportive airlines, waiving hundreds of bags through their systems as accompanied excess loads headed to the Himalaya with doctors, climbers, scientists, filmmakers, and relief volunteers. Our requests for donations through social media came with this preamble:

We’re a person-to-person gifting network working to provide temporary shelter for the marginalized people left homeless by the April 25 earthquake in Nepal. We’re a worldwide network of mountaineers, filmmakers, doctors, scientists, and Nepalis creating an underground railroad to the most affected villages, delivering pre-packed duffel bags filled with family-size tents and tarps into the hands of anyone willing to ship them or courier them into Nepal.

Friends in Boulder, Colorado networked in their climbing community for duffels, tents, tarps and medicines needed, while the Buy Nothing groups in San Francisco, Indiana, Ohio, Washington DC, Massachusetts, and New Hampshire rallied to find the same. It was a race against time, matching travelers with fully-packed duffels and a welcoming committee on the Nepal side who would pick them up at the airport, gather the duffels from them, and take them to their destination in Kathmandu.

Two bags at a time, thanks to Krissy Moses, Lindsey MacMillan, and Sapan Ghimire

Our Facebook group was mission control, the inner workings of our hacker culture we’d set up to circumvent all roadblocks. But new ones came at us every day, and we’d then have to come up with a counter-move, much like Minecraft. We built secret tunnels to get duffels into Nepal in broad daylight.

In the end, in 2 months’ time, our Person 2 Person 4 Nepal network, was able to collect, ship, and deliver 240 duffels, filled with over 700 family-size tents & tarps, 100 solar chargers, blankets, medical supplies, and hundreds of solar lights at little to no cost to us, all before the monsoon arrived. These supplies are valued at over $67,000.

We believe this kind of person-to-person worldwide network can make a difference in any disaster and is a viable alternative model to work in parallel with the larger aid agencies on the ground. When a landslide struck Oso, WA The Buy Nothing Project was able to get over 4 tons of food and supplies to the people of Oso, well before the Red Cross arrived. People naturally want to help. Harnessing that rush-to-help through local gift economies and social networks can have a huge impact when organized directly with those affected. Aid organizations always say, “Don’t give things, give money. And, don’t go there yourself.” In our experience, this advice is ill-given, as supplies and food in Nepal were scarce. Bringing the supplies there, in person, was necessary.

The individual stories of our Nepal efforts are quite wonderful: United Airlines pilot, Matt Murray for example, volunteered to fly for free as a passenger on his days off to singlehandedly jet 100 duffels of tents and tarps to Nepal.

An Everest climber, David Carter, took time off from work in Indiana to fly to Nepal with 2 of his friends, just to courier 100 solar chargers for us. These chargers have been instrumental in helping the people of Rasuwa and the Langtang village survivors in particular. It’s the individual stories that tell a broader narrative of how community-based sharing and gift economy networks can mobilize to make a difference in times of need. We’re using the connectedness we experience through social media to transform our professional and social networks of trust into action on the ground.

Our mountaineer/kayaker friends brought thousands of pounds of rice and supplies up to forgotten villages. ©Anup Gurung

The blue stars on this map below highlight our distribution areas for temporary shelter and life-saving supplies compared to the people most in need, post-earthquake, in Nepal.

You’ll see the results of this effort in the NOVA documentary airing tomorrow night (Wednesday, January 27th, 2016) at 9pm. You’ll see the local hands-on rescue team of Nepali Nurses and outdoor athletes who took matters into their own hands to bring relief to people in the hinterland. You’ll see volunteer American doctor, Bruce Gardner, bringing simple medical care to those who might need it — wellness checks, follow-through care for those more deeply affected by the earthquake. And you’ll see the utter devastation wrought by a 7.8 earthquake that could have been much worse.

Dr. Bruce with Seema Tamang, who was buried for 24 hours under the rubble of her home. ©Liesl Clark

We have so many of you to thank. Please watch the film and share this graphic with friends and family as an example of what’s possible, to let them know that people can connect-the-dots to create an international gift economy, a social movement jetting, trucking, and hand-carrying supplies to people in need on the other side of the globe. If we had to do it again, we would, and we’ll keep working to bring what’s needed to our friends, old and new, in Nepal. 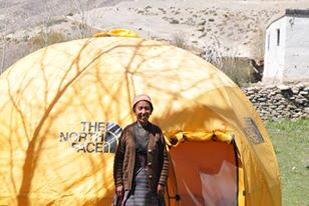 My dear friend Karsang finally had a roof over her head, thanks to a caring network of friends in Nepal.

15 thoughts on “How Underground Networks Can Outperform Aid Orgs”